Shirley Eaton will always be remembered for getting painted in gold and then expiring on James Bond’s bed. If you’re a real Bond fan like me, you may have a hard time understanding that she was actually in a number of other movies (primarily comedies, by the way) and had an acting career that spanned almost 20 years.

Shirley’s Wikipedia article notes that “she was considered a sex symbol in the 1960s.” In other late-breaking news, Wikipedia also announced that the pope is, indeed, a Catholic and that bears have actually been spotted going number two in certain sylvan settings. 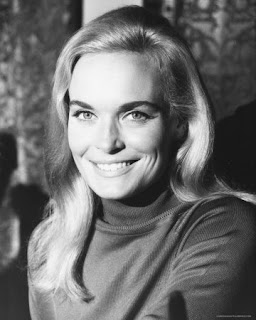 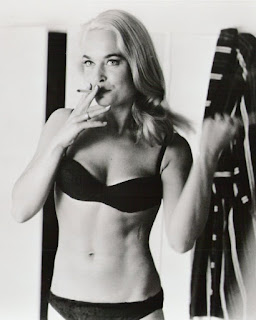 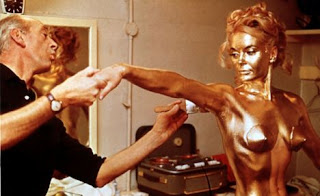 "He [makeup artist Paul Rabiger] was as impersonal
about gilding me as if he was painting a barn."