Lynn Merrick was a sultry-looking brown-eyed blonde (a knockout combination, but not a very typical one). She was in plenty of oaters (as the sweetheart), but also got in some other B-grade genre pieces as well. Her entire career lasted only about seven years, though she did manage to bag 45 big-screen credits in that short time. 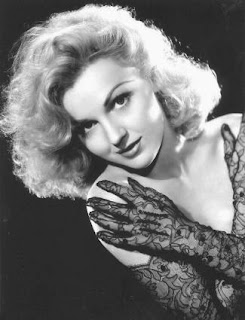 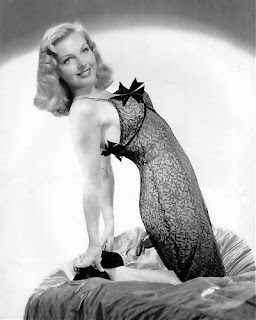 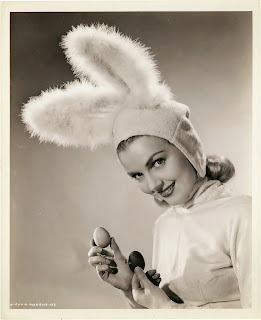 Possibly the weirdest pic in this whole blog