Joan Staley did things a little differently. Though most people assume she was a Playmate and then became an actress, it was actually the other way around.

Not a bad actress at all, she garnered 61 credits over a 22-year career, including lots of TV, a couple of appearances as an Elvis babe, and bit parts in biggies such as Ocean’s Eleven, Breakfast at Tiffany’s, and Cape Fear.

She’s rather an interesting person – be sure to check out the “interesting tidbits,” below. 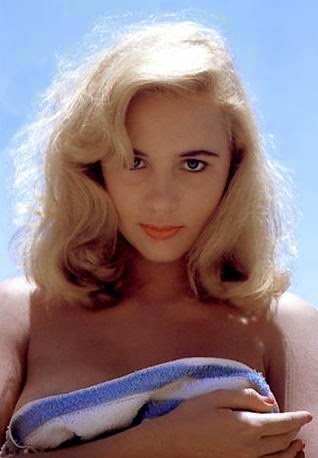 Embarrassing Taglines
And all from Valley of the Dragons. 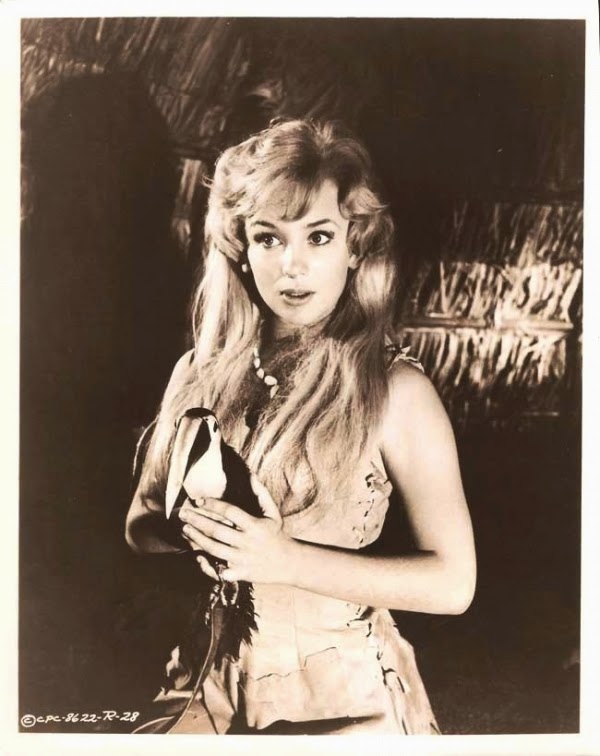 Whiffs of Scandal:  Playboy Playmate (though being Miss November 1958 means she didn’t even have to get naked) 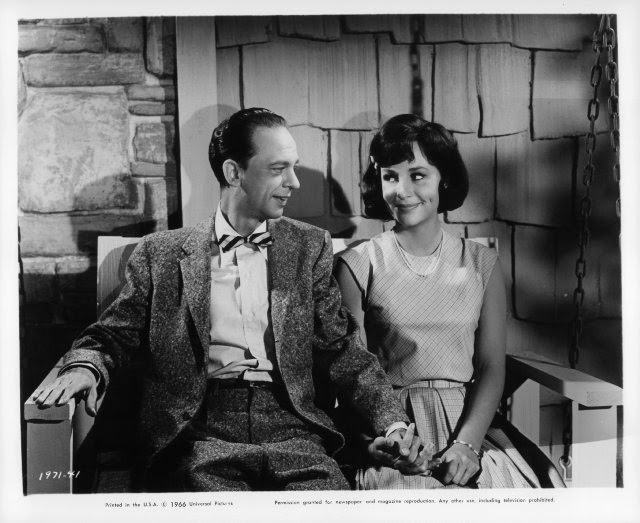 That's Mr. Chicken on the left