Ava Gardner look-alike Mara Corday is pretty much forgotten today. The brunette sexpot was quite active during the ‘50s though – as pin-up; Playboy playmate; and star of sci-fi and exploitation flicks, as well as two-bit TV shows (The Man from Blackhawk, anyone?). She pretty much gave up acting at age 30 to raise her family. 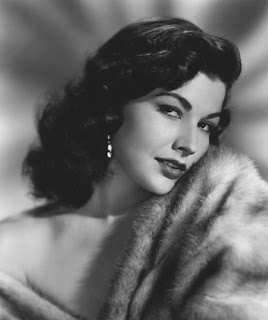 Embarrassing Real Name:  Marilyn Watts (Mara’s from Marilyn, Corday came from a perfume ad she saw in a magazine) 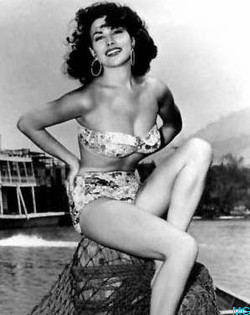 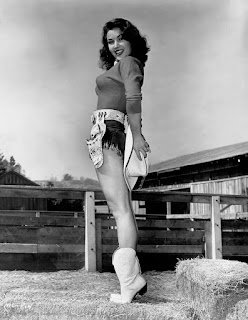 Quite possibly, my favorite cheesecake pic of all time 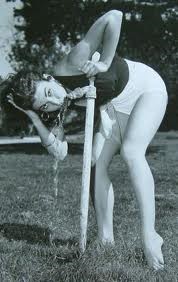 And you call that cheesecake?